The GSD History
German shepherd dogs are, as their name implies, a breed that originated in Germany. They were developed beginning in the late 1800s by crossing various herding breeds. The breed was subjected to stringent selection and it progressed quickly. In the United Kingdom, the dogs are known as Alsatians because fanciers of the breed there wanted to protect the dog from anti-German sentiments after World War I.
German shepherd dogs were introduced by soldiers returning home from World War I.
In little time British, French and American soldiers discovered the German Shepherd’s remarkable qualities. As a result, some servicemen took the dogs home. From that moment, the breed’s popularity grew by leaps and bounds outside Germany.
During the Second World War, the German Shepherd became the Allied serviceman’s inseparable companion. The animals were assigned many of the same duties these dogs had performed throughout World War I.


Unfortunately, and perhaps this is due to the breed’s popularity among armed forces [and police departments, in the popular mind the German Shepherd is often viewed as a vicious, aggressive animal that is little more than a domesticated wolf.

The German shepherd dog is a herding breed known for its courage, loyalty and guarding instincts. This breed makes an excellent guard dog, police dog, military dog, guide dog for the blind and search and rescue dog so can be easy to train. For many families, the German shepherd is also a treasured family pet. They suit very active households as they need a lot of exercise every day. They are great dogs for owners with a lot of experience and time as, like most dogs, they can get bored easily.

The GSD Fun facts
* The first guide dogs for visually impaired people were German Shepherds.
* They are one of the most intelligent breeds in the world, which is why they’re so easy to train in the right hands.
* They were originally bred to be herding dogs, an instinct which still remains strong in the breed. They need lots of exercise and plenty to do to stop getting bored.
* They’re often used as service dogs in the army and police force because they’re so clever and loyal.

German Shepherds are well-known for their protectiveness over family members
German Shepherds are moderately active dogs and are described in breed standards as self assured.The breed is marked by a willingness to learn and an eagerness to have a purpose. They are curious, which makes them excellent guard dogs and suitable for search missions. They can become overprotective of their family and territory, especially if not socialized correctly.
They are not inclined to become immediate friends with strangers.German Shepherds are highly intelligent and obedient, as well as protective of their owners 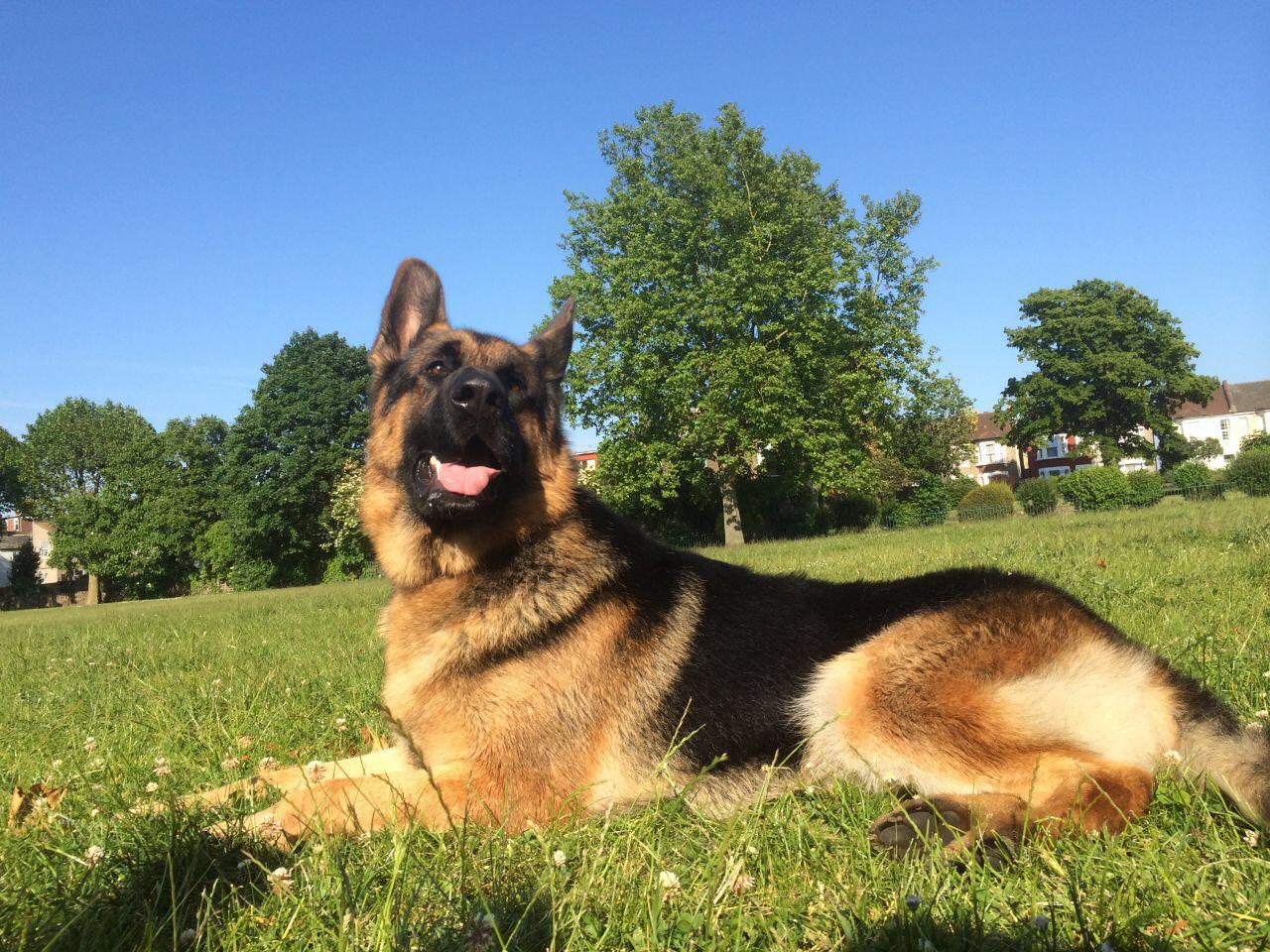 German Shepherds are fantastic dogs and it’s easy to see why they are such a popular breed. However their size and strength means they aren’t suited to all families and need a lot of space to burn off their energy. You’ll need to make sure you have a lot of time to spend with these dogs and you are committed to providing for their exercise need every day.
As with any dog, German Shepherds are likely to bark. Their main purpose was for herding and guarding so they can be quite vocal when people walk past or enter or exit the house, but how much noise they make will vary from dog to dog.
German Shepherds are very loyal to their owners and can be protective of their family. They can have a strong guarding instinct, so careful training and socialisation will be needed to prevent any guarding or aggressive behaviours.
German Shepherd will need to be well socialised with people, other animals and different objects and environments from a young age.
German Shepherds are very active dogs! They need plenty of exercise to keep them happy and occupied. This will also stop them from barking out of boredom or having a nibble on the furniture. Lack of exercise and stimulation can cause behavioural problems in any breed, but German Shepherds have a reputation for being especially highly strung so they need extra attention to make sure they’re kept active.
Your German Shepherd will need a minimum of two hours of exercise every day. This should include walks and off-lead exercise in a safe area, with extra playtime and training on top to give them a good variety. We recommend spreading exercise across the day rather than trying to do two hours all in one go.

Be prepared for a lots of shedding because German Shepherds have double coats! If you don’t like dog hair around the house or are allergic to dogs then they might not be the breed for you.
Ideally, you should give your German Shepherd a brush down a at least once a week or even more when they are a young to keep their coat looking healthy, prevent matting and reduce the build-up of dead hair.
You won’t need to bathe your German Shepherd too often though as their skin can be sensitive to this. May be once in 2-3 months or once a month when they are young puppy and get dirty often. Or may be you can rinse them with clean water.

The GSD with Children and other pets

Adult German Shepherds can range from being calm and patient to bouncy and boisterous, depending on their personality, training and socialisation. Some can make great family pets in homes with children of all ages. To help them be calm and patient, it's best to socialise your German Shepherd with other dogs and pets from a young age. Some can be a bit bossy with other dogs as they get older but with proper care, training and socialisation this is unlikely to become a problem. German Shepherds are usually fine with other family pets they have grown up with. If they haven’t grown up with a cats , though, they may have the urge to chase them so any introductions later in life should be done very carefully.

Do plenty of research before you get a German Shepherd. Make sure you have enough space and time to give them the exercise and attention they need to stay happy and healthy. In the right hands, German Shepherds are very easy to train, but make sure you’re absolutely ready before taking one on. Do a lots of research and choose the responsible breeder as unfortunately, German Shepherds do have a range of health issues due to the way they have been bred, which can end up being costly to owners and cause serious problems for the dog. When getting a puppy make sure your puppy will be well socialised and have all necessary screening tests, health checks and vaccinations. It’s really important that German Shepherd puppies from a breeder get the right early socialisation so always ask the breeder about how they go about this. We socialise all our puppies before giving them their new owners.

TALK TO OTHER GSD OWNERS